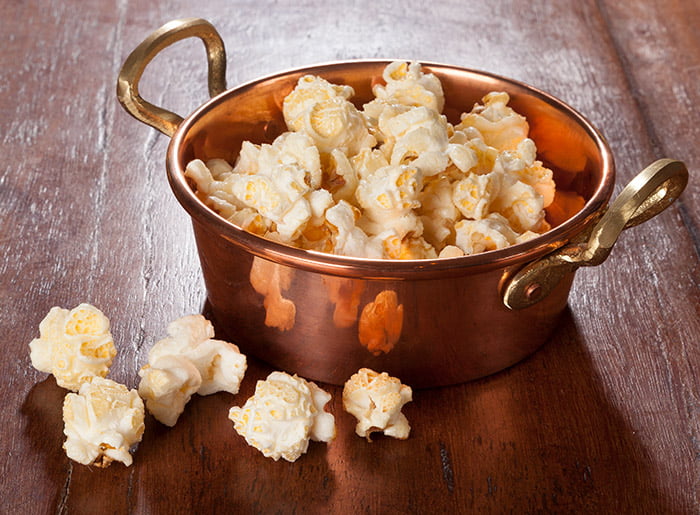 With its light, fluffy texture and delicate combination of sweet and salty, kettle corn might be the world’s most perfect snack. While typically sold at festivals, carnivals, flea markets, and other events, the origins of this fun concession food go back many centuries and across an ocean.

Traditionally made in cast iron kettles, kettle corn dates back as far as 18th-century Germany. Like many other foods at the time, popcorn was cooked in large kettles hanging over an open fire. Lard and sugar were added during the cooking process, resulting in a sweet treat that was typically consumed in the evening. It was discovered at this time that kettle corn had a good shelf life, thanks to its sugar content.

In the mid- to late-1700s, German and other European immigrants brought kettle corn to America. The food is first referenced in America in the diaries of Pennsylvania Dutch settlers. In addition to cast iron kettles, kettle corn was also made in Dutch ovens. It was commonly sold at festive occasions, such as fairs, and was sometimes sweetened with honey instead of sugar. There are also reports of cowboys in the old West making their own version of kettle corn with honey or molasses.

Kettle corn was all the rage in America through the early- to mid-19th century, but by the 1900s, it had fallen from wide popularity. In the 2000s, kettle corn started making a comeback, particularly at historical events such as Civil War reenactments.

Today, kettle corn is sold at numerous places, including concession stands at events and markets, and even at grocery stores in microwave formulations. However, the microwave versions do not have the same texture the treat has when it is made from scratch. When sold at events, kettle corn is sometimes made the traditional way in a cast-iron cauldron, though you can also make it in a regular popcorn popper or kettle corn-specific machine.

NEXTWhat is difference between kettle corn and Caramel Corn? 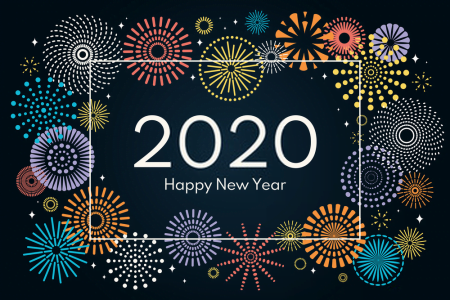 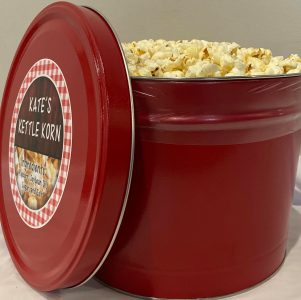 We now have tins! 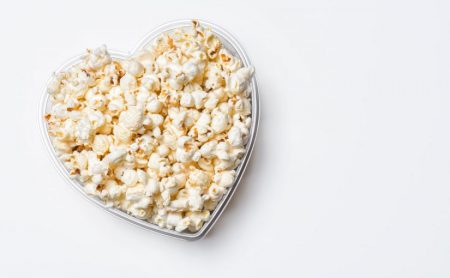 Is Kettle Corn better for you than popcorn? 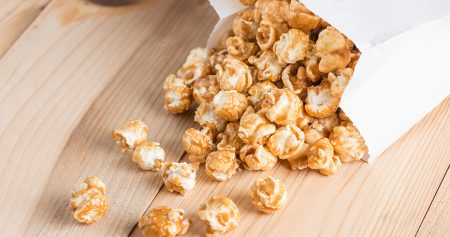 What is difference between kettle corn and Caramel Corn?
Close

Great to have you back!

Great to see you here!

Sorry. No results match your search.